How Intractable Will Inflation Be? 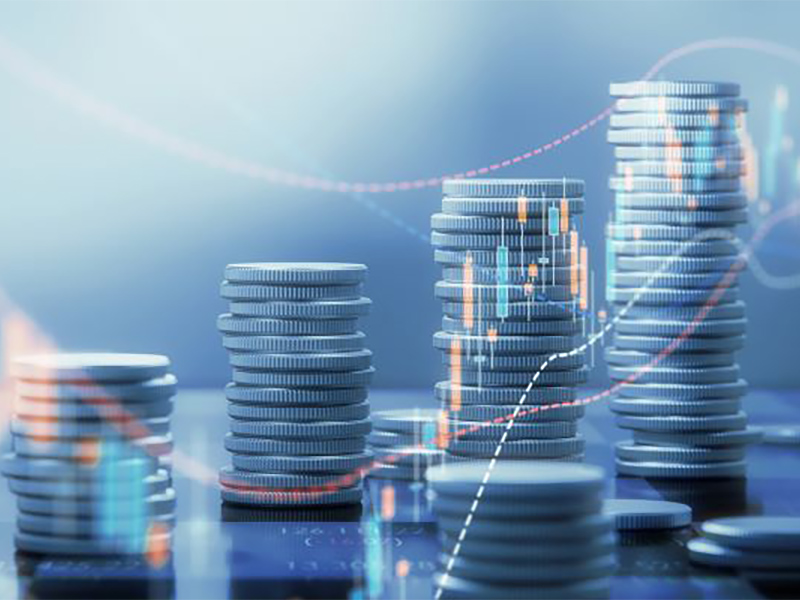 SIFMA reset this week at 1.68%, which is approximately 71% of 1-Month LIBOR and represents a 90 basis point adjustment versus the July 6 reset.

January 1965 to December 1982 is referred to as the “Great Inflation.” During that almost 18-year stretch, monthly measurements of year-over-year changes to the Consumer Price Index (CPI) hit a high of 14.8% and averaged 6.6%. During this period, the Federal Reserve maintained a monetary regime that produced an average Fed Funds rate of 7.9% and a high of 22.0%. 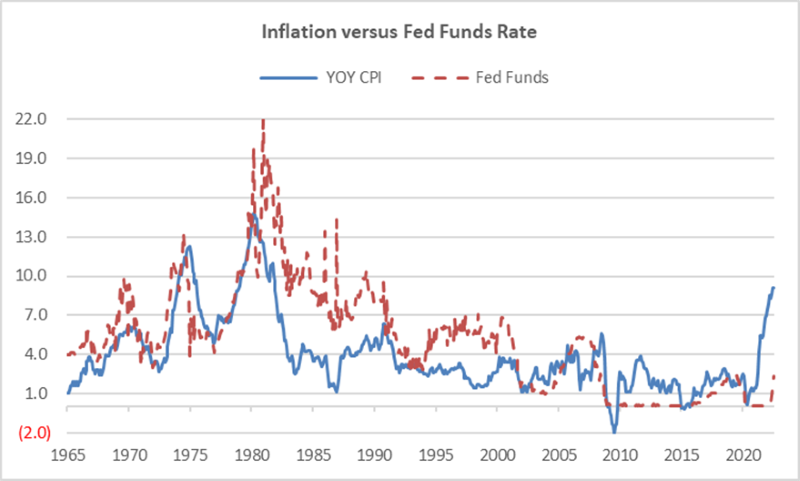 Our most recent bout of inflation started showing up in earnest during the first quarter of 2021 and from March of that year to present the average monthly change in CPI has been 6.6%, with a high of 9.1% posted in June 2022. Since March 2021, the Fed Funds rate has averaged 0.4% and reached a current high of 2.32%; and since 1965, the Fed Funds rate has been higher than current levels in over 75% of the monthly measurements. The takeaway is that monetary—and fiscal—policy remains historically accommodative, which is why the Chicago Fed’s National Financial Conditions Index continues to show that the environment across money markets, debt and equity markets, and the traditional and “shadow” banking systems remains looser than average. Markets are wildly fickle, but it sure seems like the herd is trying as hard as it can to believe that the Fed is engineering a soft landing into a generally accommodative environment. There is attractively priced long-term capital out there; unfortunately, you just need nasty little details like a stable to improving business and credit position to access it.

Conventional wisdom suggests the Fed didn’t whip the 1970s – 1980s version of inflation on its own; instead, the winning formula was extreme Fed tightening plus a series of significant fiscal, tax, and regulatory adjustments. The fiscal adjustments paired reduced public sector spending with private sector stimulus (accommodative regulatory and tax policies). Importantly, the team that shaped fiscal policy at the end of the Great Inflation introduced Diagnostic Related Groups (DRGs) into the healthcare economy in 1982. DRGs disrupted the established healthcare economy, and the transformative energy came from the same source that propelled the broader “supply side” reshaping of U.S. fiscal policy and tax policy. Whatever you think about supply side economics or its contribution to ending the Great Inflation, the policy leaders of that moment used inflation to help advance a widespread restructuring of federal spending that included a complete transformation of the healthcare revenue model.

2022 is not 1980, and the importance of the past is mostly to identify possibilities and to think about how others attacked similar challenges and how the challenges responded to their actions. A healthcare C-Suite manages a portfolio of resources, and two core responsibilities are continuously testing the overarching investment thesis that guides resource management, and figuring out whether and how to rebalance the portfolio to make it responsive to where the team wants to be on a resiliency-return continuum. A critical part of this work is paying attention to the possibilities to consider during the discernment process.

So, what are the possibilities that inflation proves more intractable than our current leaders anticipate and what are the implications of their being wrong (again)? These questions must be part of the conversation at every healthcare organization. The healthcare supply chain—especially the nursing link—is broken and it will likely take years to resolve this dislocation. But the other looming issue is the demand side of the equation—which is about both volumes and the revenue model. Of course, volumes are threatened by COVID overhang as well as a host of new competitors that hope to peel off key growth-profit service lines. But what happens on the reimbursement front will be largely dictated by the direction of federal fiscal policy.

Right now, the Federal Reserve is on its own in the inflation battle; other central banks are starting to act (most recently the Bank of England), but the deficit hawk is an extinct species in Washington, D.C., and it seems like there is little hope for any thoughtful or helpful policy consensus. Maybe the Fed can solve this current inflation on its own; maybe deficits don’t matter, and we can maintain relatively accommodative fiscal and tax policy; and maybe all this inflation will be just a long-tailed transitory event, sort of the economic equivalent of A Midsummer Night’s Dream. Or maybe COVID was an inflection point where the supply side of the global economy was shattered to such a degree that the only pathway to balance will be dramatically tightening both public and private sector demand drivers. This is the scenario that forces even more aggressive Fed action and raises the specter of a 2020s version of DRGs or the Balanced Budget Act. It is a possibility that should be taken seriously.

My son turned me on to the movie Everything, Everywhere, All at Once, which is this wonderfully frenetic romp that—among other things—offers the idea that because we are barraged by everything, everywhere, all at once, we need to embrace all our resources, everywhere we can find them, all the time. Sounds like healthcare in 2022 and beyond. Balance is the watchword, which requires integrating work that spans strategic planning, financial planning, partnership management, and balance sheet management. 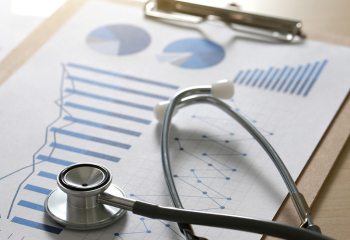 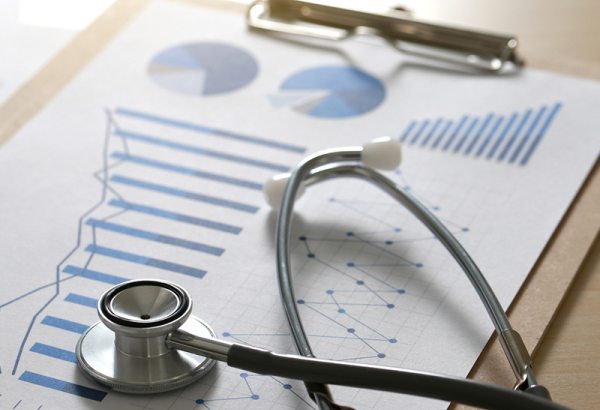 In a midyear assessment, we look at the current situation from the angles of inflation and labor, Federal Reserve activity, key benchmarks, and risk indicators and the funding environment.
Blog 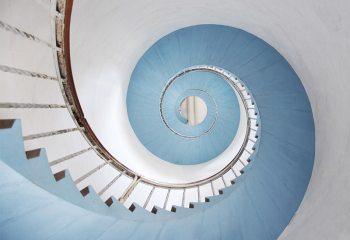 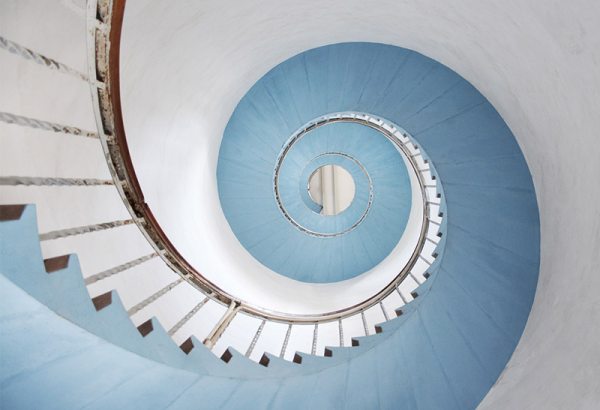 Behavioral economics describes how human error can upend statistical or logical expectations. This may have serious implications for the Fed’s efforts to control inflation.
Blog 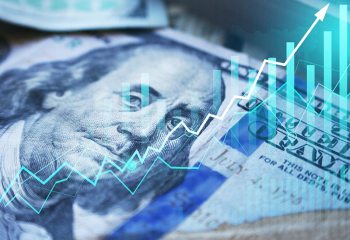 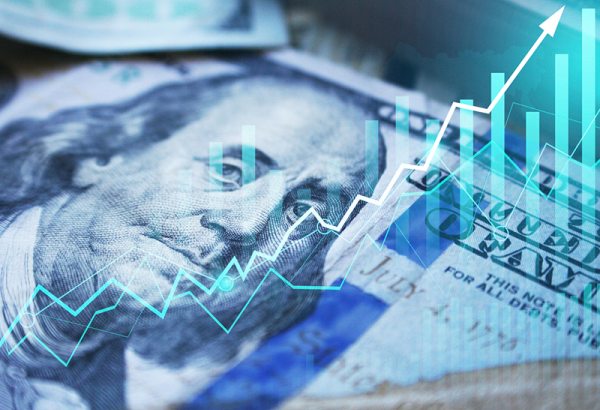 Capital markets are fueled by translating data into perception, and narratives have always been important in shaping this process. The question today is whether the Fed is losing control over the inflation narrative.
Blog
Trending in Healthcare Treasury and Capital Markets Series