As the surging Omicron variant continued COVID-19’s disruption of healthcare operations, M&A activity in the first quarter of 2022 continued a trend we have seen since the pandemic began: a smaller number of transactions. In recent quarters, this trend had been offset by a high percentage of “mega” transactions, in which the seller or smaller party has revenues in excess of $1 billion. That was not the case in Q1 2022. There were no mega transactions this quarter, and in four of the 12 announced transactions, the smaller party’s average revenues were below $100 million.

As noted above, the 12 announced transactions in Q1 2022 were consistent with what we have seen since the pandemic began, with the number of transactions running below historical, pre-pandemic levels (Figure 1).

With both a smaller number of transactions and a smaller average seller size, total transacted revenue for the quarter was also below historical averages at $2.95 billion (Figure 3). This was substantially below the $8.8 billion seen in Q1 2021, which was the second highest first quarter figure we have recorded.

In eleven of the 12 announced Q1 transactions, the acquirer was a not-for-profit health system. Of these 11, two were academic/university-affiliated and three were religiously affiliated organizations.

In recent years, we have commented several times on portfolio realignments by for-profit health systems. That trend continued in Q1 2022, with the percentage of transactions involving a for-profit seller reaching an all-time high of 58% of transactions (Figure 4). Fourteen hospitals are included in these seven announced transactions, with half (seven) being transferred to a new owner in two transactions involving California-based Prospect Medical Holdings. Prospect will be exiting two of three states where it has hospitals in the Northeast with the sale of Pennsylvania-based Crozer Health (four hospitals) to Christiana Care and the sale of Connecticut-based Waterbury Health (one hospital) and Eastern Connecticut Health Network (two hospitals) to Yale New Haven Health. All seven of the hospitals involved in these two transactions will return to not-for-profit status after the transactions close.

Other for-profit health systems selling hospitals this quarter included LifePoint Health, Community Health System, and Pipeline Health, which will be exiting the state of Illinois with the announced sale of two hospitals to Michigan-based Resilience Healthcare, a new company formed for the transaction.[1]

As shown in Figure 4, the portfolio realignment trend began in 2017, with the percentage of transactions involving a for-profit seller climbing to 30% in Q3 2017 and then 45% in Q1 2018. Three of the five most significant spikes, however, have occurred during the pandemic, in Q2 2020 (52% of transactions), Q3 2021 (40%), and Q1 2022 (58%). Hospitals that did not have a strong market presence or financial position going into the pandemic have been under significant strain as infection surges have continued to disrupt operations. This is likely motivating some for-profit operators to exit markets where efforts to turn around financial performance or seek growth have been unsuccessful, to date. This also aligns with a trend to double down on core markets and businesses and shed underperforming assets, which we have been following throughout the pandemic.

National health plans have been pursuing vertical integration strategies, with a focus on expanding into care delivery to support value-based payment structures and gain stronger control of members’ medical spend. The latest frontier in this verticalization strategy is home-based health services. Last year, Humana acquired Kindred at Home, which has approximately 775 locations in 40 states. In Q1 2022, UnitedHealth Group’s Optum division announced its plan to acquire home-based health operator LHC Group, which has a presence in 37 states and the District of Columbia. The extent to which Optum has moved into delivery of healthcare services was evident in the statement by Optum Health CEO Wyatt Decker announcing the planned acquisition. Decker said that the transaction “will greatly enhance the reach of Optum's value-based capabilities along the full continuum of care, including primary care, home and community care, virtual care, behavioral health and ambulatory surgery”[2]—which includes almost everything except acute inpatient care.

As noted in our 2021 year-end report, we believe that health systems also are moving into a new phase of vertical partnerships that focus on offering consumers access to new services or enhancing the delivery of services that require specialized skillsets. These partnerships will become increasingly important as a variety of organizations compete for control of healthcare’s front door and consumers’ medical spend at the local, regional, and national levels.

Since the pandemic began, we have consistently seen fewer transactions per quarter. The small size of transactions in Q1 2022 is, however, a departure from the high percentage of mega transactions we have seen during the pandemic. The pandemic has affirmed the imperatives of scale and we expect that this quarter’s results will prove to be an anomaly as we (hopefully) move beyond the COVID-related distractions that health systems have faced over the past two years. 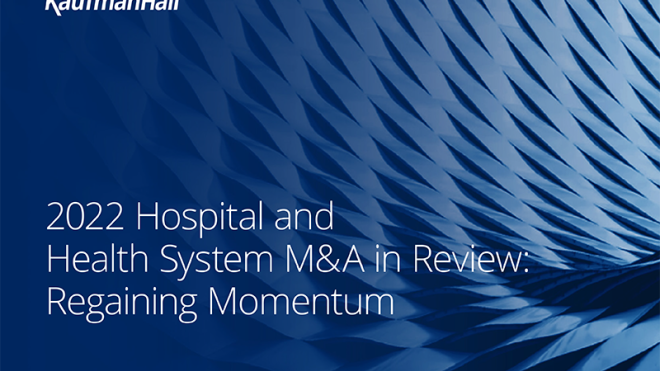 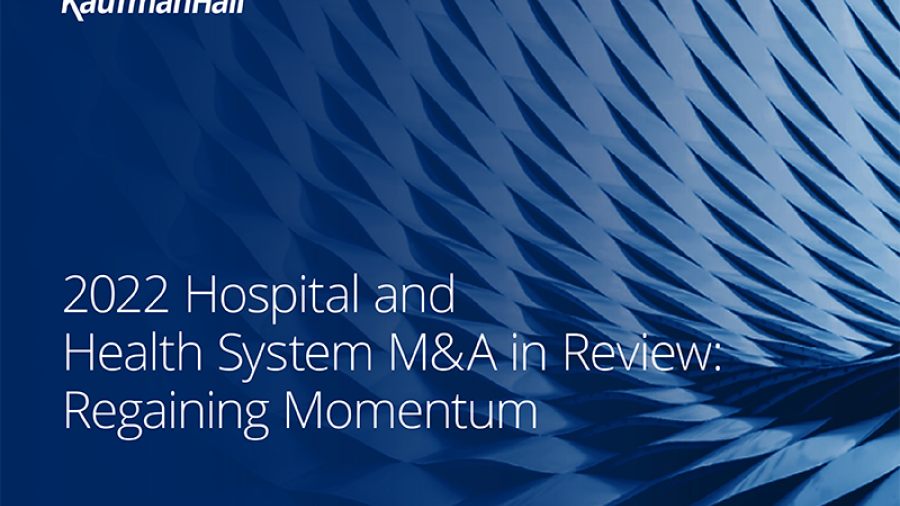 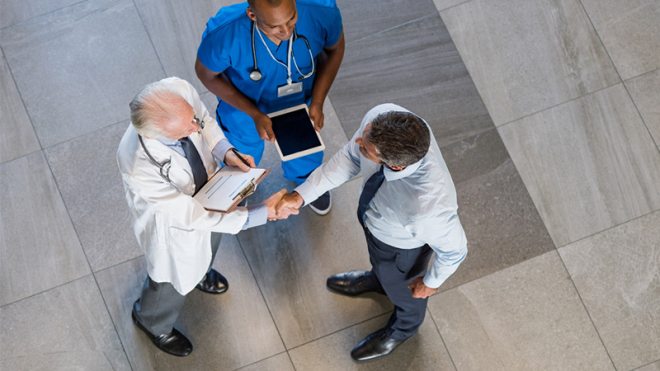 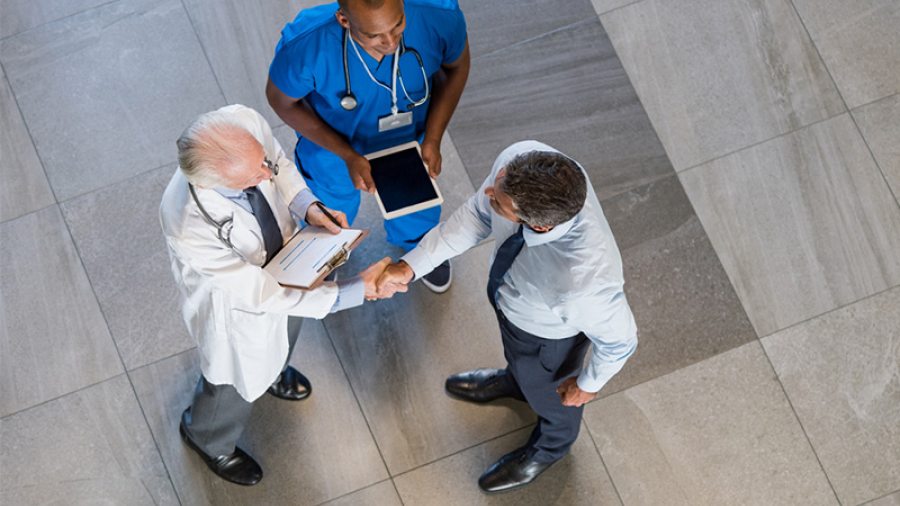 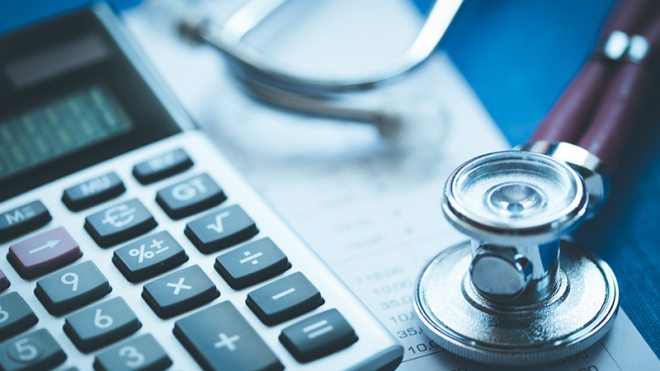 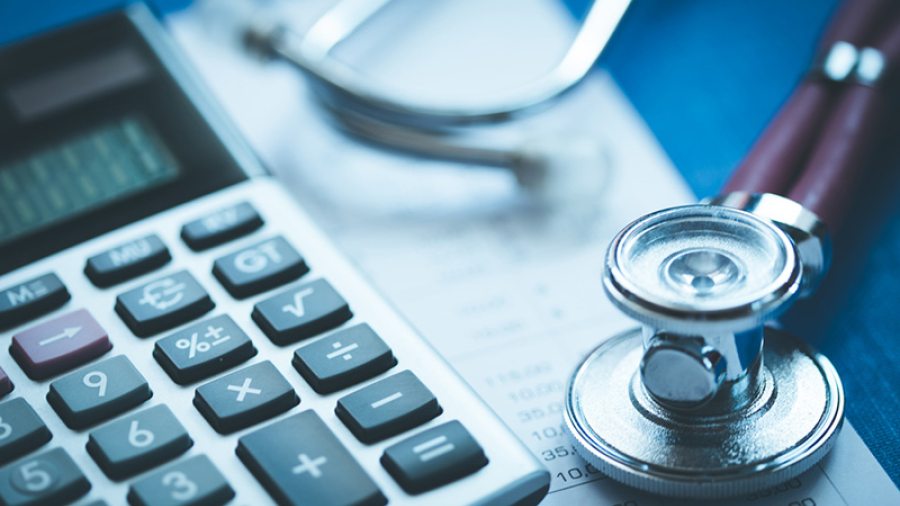 Preparing for Risk-Based Contracting and Value-Based Healthcare: Challenges and Opportunities