The Attack on Hospital Consolidation
Unlikely Leaders
Protectionism vs. Performance
Getting Serious about Costs, Revisited
Healthcare’s Pop-Up
The Funnel Business Model of the Internet

To see the future of healthcare, look through the windshield of a Ford.

Within the past year, Ford Motor Company announced that it is terminating production on most lines of its passenger sedans to focus on higher-margin trucks and SUVs. In October, Ford announced that tariffs and trade tensions had cost it $1 billion in profit, and its stock price neared a nine-year low. The company is in the midst of a $25.5 billion restructuring, and massive layoffs—up to an estimated 12 percent of its global workforce—are likely.1 Ford executives anticipate a future where demand for the company’s current products is much reduced.

Populations continue to migrate to congested urban centers. Ride-sharing services, motorized bikes, and electric scooters are challenging the traditional model of car ownership in these urban cores. Tech companies and Ford’s auto industry competitors are racing to perfect the technology that soon could bring fleets of battery-powered, self-driving vehicles to the streets. Car making suddenly seems less relevant in a transportation future that likely will be defined by software and mobility service platforms.

Facing disruption of his company and industry, Ford Motor Company’s CEO Jim Hackett has turned to a framework he developed in his previous role as CEO of Steelcase. This framework challenges companies to work simultaneously in three time dimensions: the now, the near, and the far.

Be successful in the now and simultaneously make the critical pivot to the far.
For Ford, this means ending sales of sedans in the U.S. to free up $8 billion to support investment in electric and autonomous vehicles.

Place bets on the future and pivot resources to support those bets.
Ford will transform its remaining fleet of F-150s and SUVs into electric vehicles with autonomous features.

Envision a future state and future role, knowing that any prediction is uncertain and subject to change.
Ford must develop the right portfolio to support multiple modes of transportation working together in connected, consumer-centric systems.

Even though Ford has developed a powerful intellectual and strategic framework to guide its transformation, it faces challenges of enormous complexity in making the pivot from now to far.

First, it must be able to look outside its current business and conceptualize a future that is radically different.

The culture and talent required to succeed in the far also may be completely different from what is required in the now. Many bets are being placed in transportation and mobility services, but no one has a clear vision of what comes next. And a company culture 100 years in the making can be difficult to change.

Second, Ford must get the timing right.

People are not going to suddenly stop buying cars in favor of scooters—timing of the transition to the far will be uncertain. Moving too soon means sacrificing the profits still to be made in the now, and thus limiting the resources needed to invest in the near and far. Moving too late risks giving competitors the upper hand.

Third, the scale of the pivot needed to transition from the now to the far might simply exceed the financial and intellectual capital that Ford is able to bring to bear to support a new business model or out-compete a better equipped competitor.

Ford faces competition not only from other automakers, which are facing the same pressures as Ford, but also by well-funded and technologically savvy competitors, including Alphabet and Uber.

The fates of one-time industry leaders such as Blockbuster, Borders, and Kodak illustrate the huge challenge companies face in reinventing themselves for an unpredictable future. These companies were unable to successfully respond to disruption not because of ineptitude, but because it is so difficult to focus simultaneously and successfully on three timeframes with three different sets of requirements.

Explore more insights on Ford and the concept of now, near, and far

How Ford Is Fighting Disruption

Now, Near, And Far: A Lens For The Internet Economy

The Now, Near, and Far in Healthcare

Legacy health systems face their own existential threats. Their business model developed around hospital-based services, and the intense financial and human capital needs of hospitals gave them some protection from competition. Health systems built networks of primary care physicians to help ensure a referral stream of patients needing higher acuity, hospital-based care. Advances in medicine and technology started to move care outside of the hospital walls. Health systems responded by building outpatient services bolted onto their core inpatient business. This is healthcare’s “now.”

The more care that can be removed from high-cost hospital settings, the more it becomes open to competitors whose interests lie in unbolting primary care and outpatient services from health systems and providing it in low-cost, high-convenience settings—both physical and digital—that emphasize consumer experience.

And if new market entrants are successful in unbolting primary care and outpatient services, they also will gain significant influence over where patients needing higher acuity inpatient services go for their care.  This is what health systems face in healthcare’s “near.”

Competitors are moving in on a healthcare industry that remains largely local and small in scale. Even though there has been much hospital and health system consolidation activity in recent years, even the largest health systems are dwarfed by the scale of new competitors that bring national presence and exceptionally deep pockets to the table. The recent merger of CVS Health and Aetna created a company with $240 billion in combined revenue and 10,000 retail locations, described by CVS Health CEO Larry Merlo as a “new front door to healthcare.”2 UnitedHealth Group, with more than $201 billion in annual revenue for 2017, has targeted 75 markets across the country for expansion of primary care services through its Optum unit, which is positioning its digital health platform, Rally Health, as “our digital front door for the consumer.”3 In comparison, the largest health system in the country, for-profit HCA, has approximately $43 billion in annual revenue. On the not-for-profit side, CommonSpirit Health, formed by the merger of Dignity Health and Catholic Health Initiatives, is now the largest health system, with combined annual revenue of around $28 billion—roughly one-tenth the annual revenue of CVS Health and Aetna.

Although their plans are less certain, tech giants with their own deep pockets have strongly signaled their interest in moving into healthcare. Amazon has partnered with JPMorgan Chase and Berkshire Hathaway to form Haven, a not-for-profit venture the companies established “to create better outcomes, greater satisfaction, and lower costs for their U.S. employees and families.”4 JPMorgan Chase CEO Jamie Dimon said, “We don’t expect progress in the immediate future—like a year or two—but if we come up with some great stuff, we’re going to share it with everybody.”5 Alphabet recently hired David Feinberg, who was CEO of Geisinger, one of the nation’s leading health systems, to lead the various health initiatives that are being developed within Alphabet’s Google unit.6 Apple is developing “AC Wellness” clinics that initially will serve its employee population, and released an updated version of its Apple Watch with an FDA-approved electrocardiogram monitor app. These companies certainly will be involved in shaping healthcare’s “far.”

Although the far is uncertain, legacy health systems have the advantage of hindsight in understanding what disruption might look like. When companies such as Optum and CVS Health talk about a “digital” or “new” front door to healthcare, they describe a fundamental part of the internet economy: the movement of services from an old platform (the retail store, the physician office) to a new platform. Amazon started by removing the sale of books from the physical platform of the bookstore to Amazon’s website, which has since expanded exponentially to connect buyers and sellers across a vast array of products. Other companies have disrupted industries with digital platforms that connect consumers with service providers: Uber for ride-sharing, Airbnb for lodging, GrubHub for restaurant meals.

Once a digital platform has been built, it can be scaled up at little cost and expanded into other services.

Uber, for example, wants to become “the Amazon of transportation”7 by developing a multi-modal transportation platform to compete in the same area of mobility services that legacy automakers envision as their “far.” Uber has already added electric-assisted bikes and scooters to the transportation options that can be accessed through its app.

An emphasis on convenience, access, and experience is shared across the platforms of digital disruptors. Very few of them produce the “content” (the products or services) that is offered on their platforms, at least not initially. Instead, they focus on making the connection between consumer and content as seamless as possible. In doing so, they generate intense customer loyalty, which drives more and more transaction volume on their platforms. Increasingly, web- or app-based platforms are becoming the basis of a broader ecosystem, as voice recognition technology and digital assistants proliferate in consumers’ homes and automobiles, and on their devices. Platform owners also are expanding their ecosystems back into physical locations reimagined to seamlessly connect with their digital services (for example, following its acquisition of Whole Foods, Amazon now offers in-store grocery deals to Amazon Prime members).

Download the PDF below to continue reading (start at page 3) 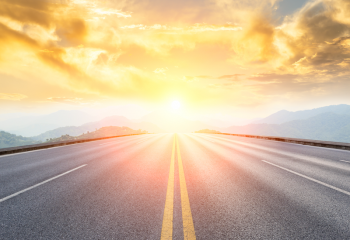 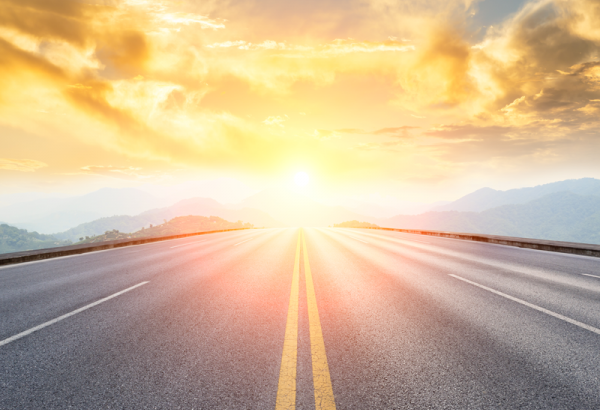 Now, Near, and Far: A Lens for the Internet Economy

It is tempting to disparage Blockbuster, Borders, and other companies that have suffered highly public business disruption at the hands of the internet economy. From the comfortable...
Thoughts from Ken Kaufman 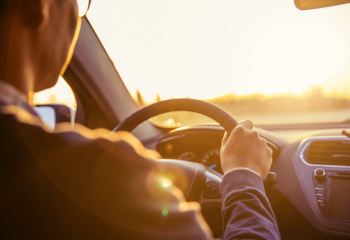 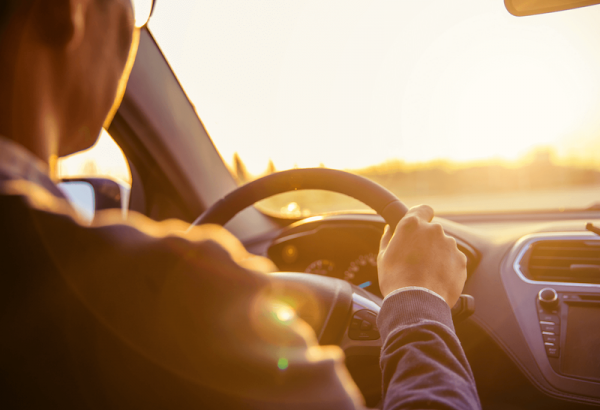 How Ford Is Fighting Disruption

You don’t have to look far to find stories of legacy companies that have been damaged or bankrupted by disruption emerging from the Internet economy. Borders and Blockbusters are...
Thoughts from Ken Kaufman 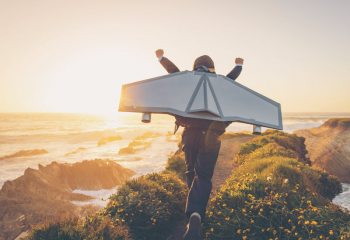 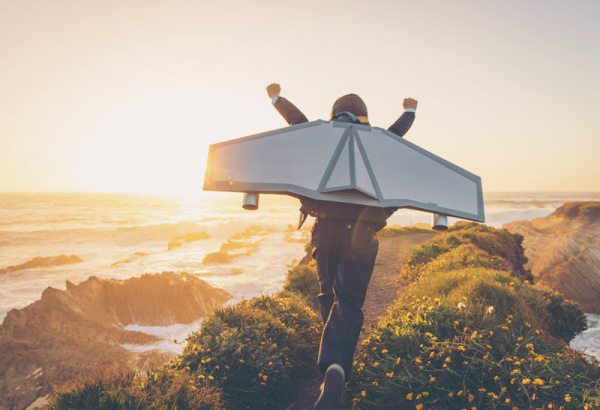