Hospital Merger and Acquisition Activity Up Sharply in 2015, According to Kaufman Hall Analysis 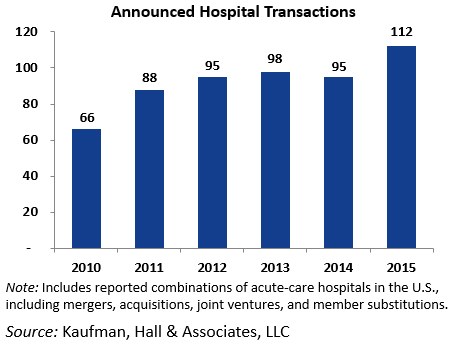 The rising number of transactions demonstrates that mergers, acquisitions, and other forms of partnership are an increasingly critical strategy as hospitals seek to enhance competencies and scale to provide coordinated, cost-effective care across the continuum.

Other key findings from the analysis include: