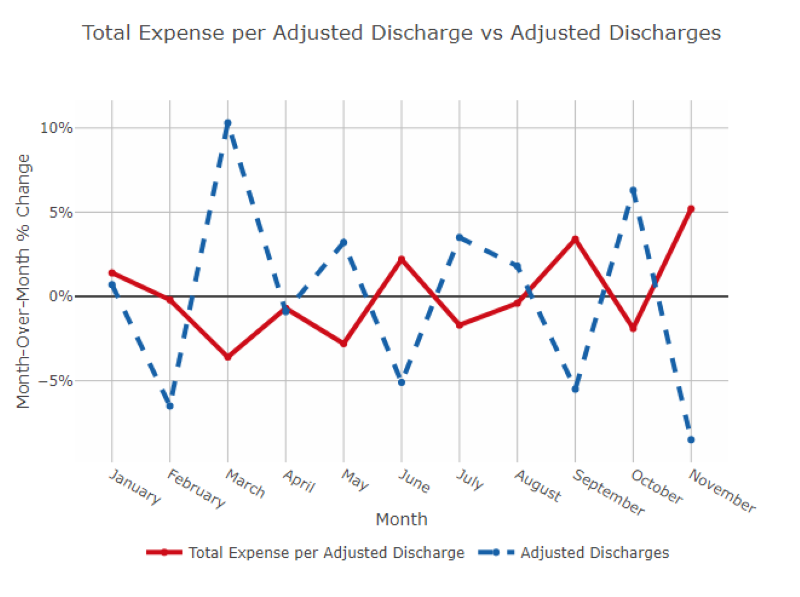 Hospitals across the country saw significant margin declines in November. Operating Earnings Before Interest, Taxes, Depreciation, and Amortization (EBITDA) Margin was down -14.5% or -200.1 basis points (bps) year over year, while Operating Margin was down -21.3% or -208.1 bps.

Month over month, Operating EBITDA Margin fell -14.3% in November, or -215.6 bps, and Operating Margin fell -23.4%, or 239.2 bps. Contributing factors include weak performance across volumes and revenues, and higher-than-expected expenses.

Hospitals nationwide saw volumes fall in November, both year over year and month over month for most metrics. Month over month declines were the most significant. Operating Room (OR) Minutes, for example, had the steepest month-over-month decline, at -9.4%. Adjusted Discharges fell -8.5%, and Adjusted Patient Days were down -7.6%. Average Length of Stay (LOS) was the only volume metric to see a month over month increase, at 1.5%.

Adjusted Discharges were essentially flat year over year, while Adjusted Patient Days were right on budget and up slightly, 0.5% year over year.

Overall expenses rose at hospitals nationwide in November, including both labor and non-labor expenses. Total Expense per Adjusted Discharge rose 2.7% year over year and 5.2% month over month.

Labor markets remained strong in November as the U.S. added 266,000 jobs and the unemployment rate fell to 3.5%. Federal Reserve Chairman Jerome Powell remained publicly optimistic in November, following the Fed’s third 2019 rate cut in October. He said the country has “an opportunity to build on our gains” through inflation and continued support for a strong labor market.

The U.S. manufacturing sector continued to decline with a fourth straight negative monthly reading, as weak export growth and caution due to ongoing trade battles hit the sector hard. President Trump indicated that the U.S. and China are close to reaching an agreement on the first phase of a trade deal. 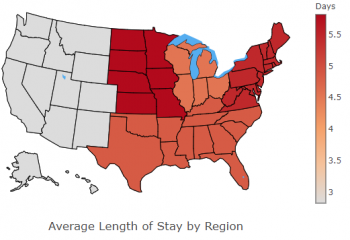 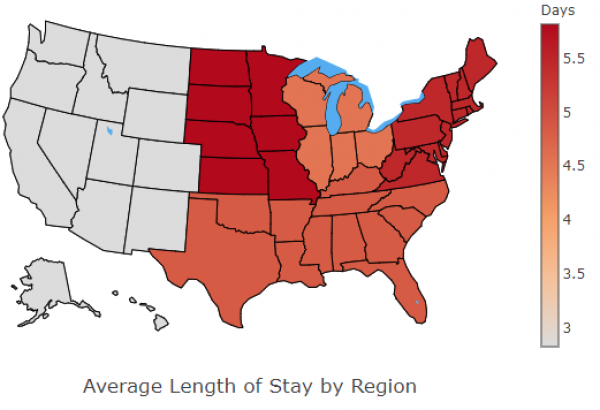