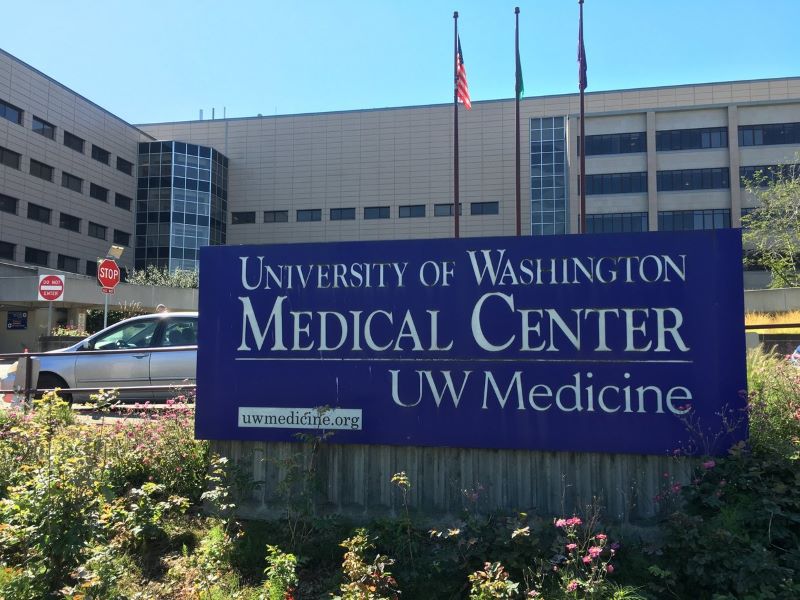 UW Medicine in Seattle saw some of the nation’s first coronavirus cases, starting in late January. We asked Ruth Mahan, Chief Business Officer with UW Medicine, to share her insights on how the organization is responding to the surge of COVID-19 patients, and the short- and long-term implications for UW Medicine.

In all Kaufman Hall interviews, the expert opinions expressed are those of the interviewees and should not be considered opinions of Kaufman Hall. This interview was conducted on April 1, 2020.

Q: What has UW Medicine done to prepare and plan for the current clinical crisis?

A: I feel very fortunate to be part of a system that put an emergency operations command structure in place early on. We've had that structure for over a month now, so it’s a pretty mature structure. We have a set of teams in various areas—such as finance, communications, legal, risk management, etc.—with three leads per team. A lot of the groups are focused on clinical operations. The teams work in groups that are on for 12 hours a day, three days in a row, and then they cycle to the next leader.

We also have a cycle of several calls throughout the day. In the early morning call, leaders discuss what they need to accomplish that day. Then at 9:30 a.m., there’s a call with over 100 of us where we get daily updates in real time from all of the teams. The individual teams also are having calls throughout the day. Then at 4:00 p.m., there is another call with the larger group where we get updates from the day. All the priorities are identified through those calls and those teams, and the metrics are known and transparent to everyone.

We brought in an outside emergency operations expert in early March who trained everyone involved so that we would be ready. It’s all really structured, like incident command for a forest fire or a wildfire. There's a lot of knowledge transfer from other types of emergency operations.

Q: How were your preparations for testing?

A: Our laboratories also have done a lot to help us prepare. Back in January, one of our laboratory scientists developed a test, and we were able to get FDA approval in early March—so we had our own test and we didn’t have to wait for the CDC test kits.

Our laboratories now have amazing throughput and turnaround. We’re down to a seven-hour median turnaround on results for patients in our system. We’re testing a lot of patients outside of our system, too. We’ve also launched a rapid turnaround test specifically for patients who need surgery for other conditions, including if they’re coming in for trauma care, so that we can go forward and treat those patients knowing their COVID-19 status.

The testing environment is very good, and the laboratories have done an amazing job. They've managed to acquire new equipment in short order. In the last two weeks we have built out an entirely new, additional laboratory space for our testing. We’re told it usually would have taken two years to get that done.

Our innovation capabilities also have been really important for us. We already had, for example, some great brain power on 3D-printing for clinical care. As a result, we are fabricating the clear face masks that you need for droplet protection for COVID-19 patients. We are also looking into fabricating ventilators. It is amazing. It's really the environment that has been so incredible, and the innovation that comes from being in a research powerhouse and bringing all that to bear.

We also had the Seattle flu study, which was tracking the spread of influenza in the community. It was set up with funds from bgC3, a company founded by Bill Gates that focuses on scientific innovation. The flu study was run through UW Medicine’s Brotman Baty Institute that was established with $50 million of gifts from the Brotman family and the Baty family. The flu study was up and running, but now its activities have been redirected. We now have a collaboration with Public Health – Seattle & King County – where they are doing testing in the population the way they were doing the flu testing. That's different from the diagnostic testing that our laboratories are doing for clinical care, and it’s going to give Washington a lot of very helpful data as the work evolves.

Q: Was the emergency preparation in early March done specifically as a result of early known cases of COVID?

Q: What have been some of the key operational and financial pressure points?

A: The pressure points have been the surge planning to get ready for the increased numbers of patients. It's getting the right data and then preparing to have more beds available for patients who need intensive care. We've had to add more negative air pressure rooms at more than one of our hospitals, for example.

Staffing is another issue. We have undertaken a very large effort to be able to redeploy staff and physicians into areas of need as the surge occurs. Of course, the personal protective equipment (PPE) has been a huge challenge. For the most part, we have managed to keep just ahead of it, but we hear a lot in the daily reports that inventory is tight. The PPE is a constant work project for our purchasing team.

The financial pressures are another issue. Our largest hospital had already been having financial problems with really low cash. We have been in a multi-year effort to turn the finances of that hospital around and were starting to see positive results. But now our revenue will be substantially down, and there is significant revenue improvement we had expected that we won't see because we're pretty much working 100% of the time on COVID.

We still have not cataloged all of the increased costs, including the direct costs associated with COVID testing and COVID care. Our system will see a substantial financial impact. We'll work hard to get all of the federal and state dollars that we possibly can, but it's unlikely that will cover 100% of the revenue lost and the costs incurred.

To help with this, we launched a philanthropic initiative that has shown immediate success. In just two weeks, donors have already contributed over $20 million to the UW Medicine Emergency Response Fund.

Q: What are some of the other steps you're taking to deal with that financial balance?

A: We are implementing cost controls. In addition, we are redeploying physicians and staff. In the research environment, we have an extensive effort to make sure that to the extent possible, we can still keep our research programs going and use our grant funds.

We were about to pay physician incentives this month. We deferred those two weeks because we had set the physician incentive pools without the benefit of the revenue analysis and cashflow analysis that we're doing now that incorporate reduced income from deferred elective procedures. We wanted to give our clinical departments of the School of Medicine an opportunity to reassess their incentive goals. The pools didn’t change very much, and some did not change at all, but we can have confidence that we made informed decisions.

We are doing everything we can to avoid furlough, though many systems are doing that already. We value our workforce so much. We hope we will be able to protect their compensation and keep them committed to our success, both now and in our recovery phase.

Q: What have been the biggest challenges with the modeling that you are doing?

A: I haven't been closely involved in running numbers. In addition to the UW Institute for Health Metrics and Evaluation (IHME) team, we've had a number of small group of leaders in UW Medicine working directly with IHME on our own system numbers, and we are updating those numbers each week.

The physical distancing measures in Washington state were adopted relatively early because we identified pretty early through our testing that although the number of cases was small, the presence in the population was generalized. We are now showing the positive effect of that.

Q: Is it too soon for you to think about what might be different for your organization as you come out of the pandemic?

A: We are identifying a small group of leaders who can dedicate time to planning for how we can ramp up as quickly as possible back to normal operations once we come out of this. We are just about to establish that team and get them started on that work.