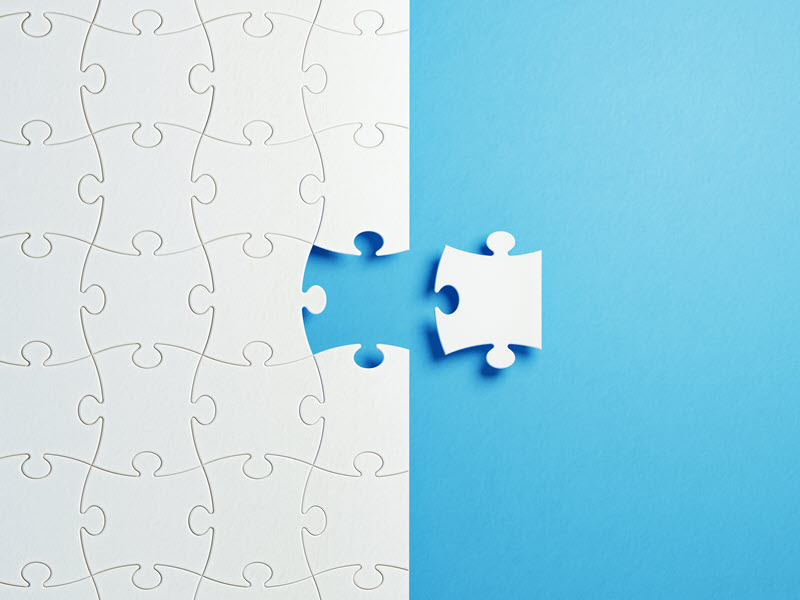 Merger and acquisition activity for hospitals and health systems got off to a strong start in 2019, with approximately half the transactions for the first quarter announced in January.

For the quarter as a whole, activity was slightly down from the very high level of activity seen in the first quarter of 2018 (27 announced transactions in Q1 2019, as compared with 30 in Q1 2018), but was generally consistent with activity levels in recent years. 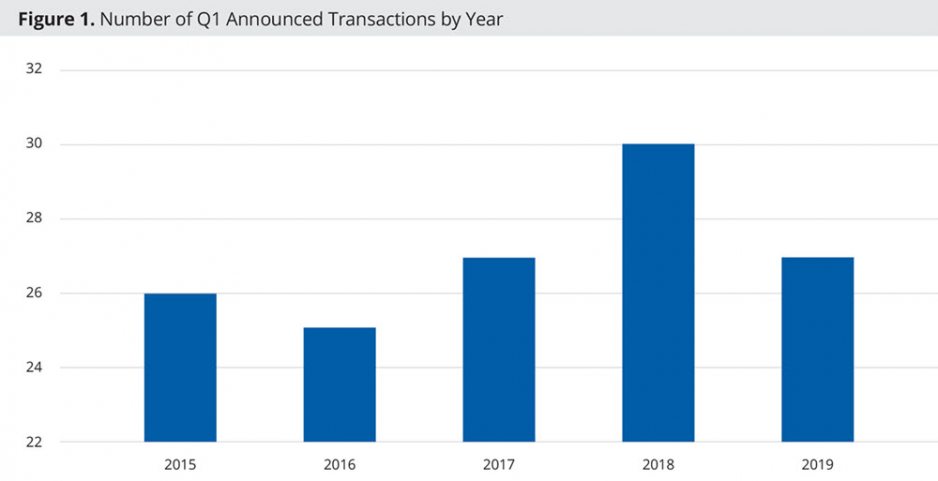 The quarter saw fewer large-scale transactions and a significant number of transactions involving a seller with annual revenues of $100 million or less, resulting in an average size of seller (by revenue) of approximately $196 million. This is down from the record-setting $409 million average size of seller for 2018 noted in our 2018 M&A in Review Report, but likely will change as the year progresses.

Academic medical centers (AMCs) played an active role, with many of the most significant transactions announced in the first quarter involving an AMC. These include the UPMC (University of Pittsburgh Medical Center), Loyola Medicine, and Dartmouth-Hitchcock Health transactions described later.

UPMC and Western Maryland Regional Medical Center (Pennsylvania and Maryland)
Announced in March, this transaction represents UPMC’s first expansion into Maryland, and its second expansion outside of Pennsylvania (UPMC acquired UPMC Chautauqua—formerly WCA Hospital—in southwestern New York in 2016). UPMC’s expansion beyond Pennsylvania is consistent with the trend toward growth of regional health systems described in our 2018 M&A in Review Report. UPMC and Western Maryland entered into a clinical affiliation agreement in 2018.

Dartmouth-Hitchcock Health and GraniteOne Health (New Hampshire)
Also in January, Dartmouth-Hitchcock Health, New Hampshire’s only academic health system, and GraniteOne Health announced their intention to combine their two organizations. The combined system would have annual revenues of approximately $2.7 billion. This transaction reflects the “merger of equals” trend noted in our 2018 Merger and Acquisition Report.

Verity Health and the KPC Group (California)
Verity Health System, which filed for Chapter 11 bankruptcy in August 2018, received a $610 million offer from the KPC Group for four of the system’s six hospitals (the other two hospitals were acquired by Santa Clara County in a transaction that closed in March). The KPC Group’s for-profit health system, KPC Healthcare, Inc., will roughly double in size, growing from four hospitals to eight, and will expand its footprint from southern California into San Mateo County, just south of San Francisco. Verity Health was created in 2015, when the financially distressed Daughters of Charity Health System was acquired by BlueMountain Capital Management. Despite more than $400 million in capital infusions since 2015, the system faced more than $1 billion in bond debt and unfunded pension liability.

Many hospitals and health systems are pursuing more loosely integrated partnerships, including joint ventures, management service agreements, minority investment models, and other structures. For example, Evangelical Community Hospital in Lewisburg, Penn., finalized a partnership with Geisinger Health System in February 2019 that uses a 30 percent minority investment model. Funds from Geisinger’s investment will allow Evangelical to update its electronic health records while maintaining its independent status in the competitive central Pennsylvania market. Geisinger Health Plan members will have access to Evangelical’s services at lower out-of-pocket costs. Geisinger will appoint 30 percent of the community members who serve on Evangelical’s board of directors, while Evangelical will appoint one member to the Geisinger Health Plan board.

Less integrated structures can provide opportunities for organizations to maintain their independence while improving the benefits they offer to their communities. For example, such improvements might include making needed investments in infrastructure, expanding service offerings and access to care, and broadening networks for health plan members. In some instances, as in the UPMC and Loyola Medicine examples previously discussed, a successful, less integrated partnership can eventually lead to tighter integration between the organizations. 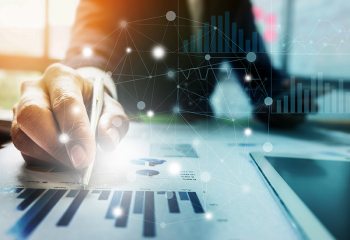 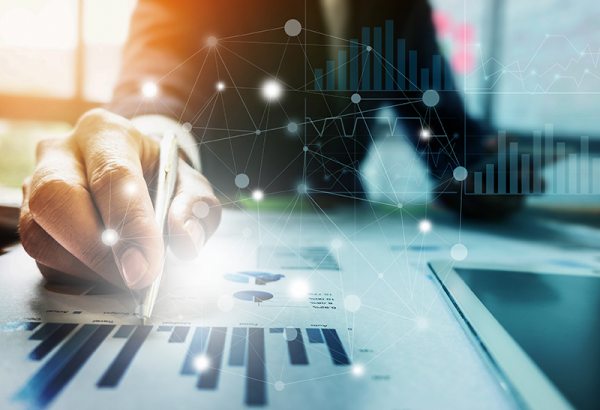 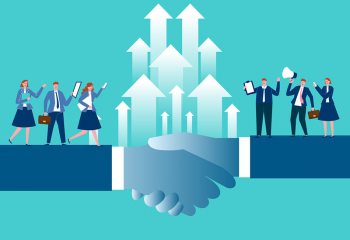