Like most health systems, San Diego-based Scripps Health was dealing with business disruptors that caused its board of directors to question whether current processes were delivering the necessary insight.

The path to adopting Axiom® Rolling Forecasting started with a simple question from a board member who asked, “Why aren’t we using a rolling forecast?”, recalls John Wong, Director of Corporate Financial Planning & Reporting. Several board members were from other industries where rolling forecasting software is more common.

Healthcare trends show that on average, year-end budgets take 3-6 months to compile before financial leaders can act upon them. Scripps’ long budget cycle was not only a workforce drain, but data was outdated by the time it was utilized for variance reporting.

To keep pace with new care models and emerging, disruptive competitors, health systems like Scripps are challenged to be more agile with real-time decision-making. Rolling forecasts utilize key performance indicators 5 key reports powered analysis for each department Reduced forecasting time (KPIs) to identify where performance trends vary from strategic targets and allow teams to quickly manage the gap to redirect their course. Continual monitoring of KPIs allows the organization to intervene more quickly than would be possible with static budget targets.

Those efficiencies include greater transparency into health system data, a shorter revenue planning process, and greater staff proficiency working in one financial planning system instead of several.

Scripps strives to provide superior health services in a caring environment and to make a positive, measurable difference in the health of individuals in the communities it serves.

Like Scripps, many healthcare organizations have begun using rolling forecasts. According to a recent survey, 43% currently use a rolling forecast either as a complement (87.5%) to the budget or replacement (12%). The Scripps board member question about the rolling forecast struck a strong chord with Wong and the Finance department, which had been struggling with antiquated budgeting processes.

“We knew that we needed to pivot quickly because shifts in declining payer mix and reimbursement trends were happening too quickly to wait around for an annual midyear forecast and budget process,” Wong recalls. “We had to re-forecast three to four times more than normal to bake in unfavorable results, emergency equity increases, and other unplanned impacts throughout those last few years of budgeting. Assumptions were changing so quickly that we didn’t bother looking back at those results as they didn’t apply anymore. And then our old budget tools were customized, but very cumbersome, and required annual retraining with minimal accountability.”

Finding the “sweet spot” to the forecast structure

The Scripps finance team took a prescriptive approach to implementation of the Axiom Rolling Forecasting and Performance Reporting modules to ensure they had organizational buy-in. The first step of implementation was to identify the structure of the level at which they would forecast, known as forecast groups, and then identify the key statistics that drive those groups’ revenue and expenses. The best practice approach is for a rolling forecast structure to be quick, nimble, and efficient, so most organizations do not forecast at a department or account level.

Vetting this higher-level structure with the organization was one of the key critical factors to Scripps’ success. At the beginning, one business unit, Scripps Medical Foundation, had 125 forecast groups to project each quarter, which quickly became unmanageable. The Finance team eventually found the “sweet spot” by reducing the number to 45, which was manageable for them, yet meaningful to the organization.

In reviewing the existing account structure and how they would forecast revenue at a meaningful level, the Scripps Finance team decided to revise the general ledger account structure to capture net revenue by payer within the forecast. Having a transparent revenue forecasting model provided the health system insight into the shifting revenue trends by payer. Once Scripps created the forecast group structure, which was a combination of service lines by entity, they then identified the main facility level drivers (CMI adjusted discharges) for hospitals and medical clinics (visits / wRVUs).

Wong also notes that what drove their success in launching the rolling forecast process throughout the organization was the creation of an internal super user rolling forecast (SURF) team to assist with collaboration and directional feedback after each forecast cycle.

“The SURF team really helped push the education down to our department managers through a train-the-trainer approach,” Wong says. “Because these SURF team members were really finance folks at the sites who were previously involved in the budget build process, a lot of them already knew what the expectations were at that department level.”

Thanks to Axiom Rolling Forecasting software and the industry experience of the Kaufman Hall healthcare consultants, Scripps Health transitioned from a sevenmonth budget cycle to a four-week-per-quarter forecast cycle, a timeframe that Wong wants to reduce further.

Now, based on a current forecast, analysts can make projections for the next period. Those projections are approved by Finance vice presidents and other reviewers and then assigned a performance goal. A crossdepartmental team looks at the targets, then determines what types of process improvement initiatives may be used to meet that goal. At each stage, reports are sent to the appropriate stakeholders.

Concentrate on what’s most important through reporting

Providing the right type of reporting, not just at the forecast level, but down to the department level, was critical for Scripps to maintain accountability to targets. Many organizations set targets, such as cost or revenue per unit, at a forecast group level, which then filters down to the departments that make up that group to ensure they’re trending in the same direction.

The goal of a rolling forecast model is to manage the business by making incremental improvements to the KPIs. Having the right reports in the hands of the business to manage their metrics, being accountable to their performance, and speaking the per-unit language throughout the organization is critical.

“These reports really help keep all of our end-users honest and on time,” Wong says. “Volume data are sent out to the owners, and key statistics are sent to executives so they can see everything coming together in that time frame. And then we certainly follow up with anybody who’s not meeting these stages. But, so far, we’ve been fairly successful with these timelines.”

Scripps Health also quickly learned that supervisors could manage their areas with far fewer reports than initially envisioned. The number of reports was pared to 5, which provided an excellent snapshot of each department and allowed managers adequate time for analysis, Wong says. In addition, the health system created customized dashboards to emulate the look of previous reports for end user adoption.

“We didn’t want department managers, especially, to feel they’d lost data and detail at that department level. By keeping that same look and feel, the message was still there, but only at a forecast group level,” Wong says. At a glance, department managers could see the latest trend information, with seasonality baked into the projection.

“There are some cross-module data integrations between these modules, but I feel the main benefit was really among the staff. Having the staff trained on one software, having one report writer, one process flow within the different modules, as well as centralized security, creates a lot of efficiencies.

“Previously, we used several different pieces of software during the budget build, and it was difficult to re-train, especially when there was turnover, to maintain that level of efficiency and expertise,” Wong says. “We also now have enhanced education and end-user experience through one-stop shopping and web-enabled interactive dashboards, which definitely are plusses.”

As with any software implementation, Wong underlines the importance of executive buy-in and continuing education to get everyone on board with the changes. He notes that the necessary culture change is a gradual process and praises Scripps’ Finance Operations team and the SURF team for their efforts.

“Rolling Forecasting can effectively change that dialogue and culture from variance explanation to performance improvement, so department managers are really focused on continual improvement,” Wong says. “Overall, the system is really designed to track process improvements or initiatives and find opportunities in areas we’ve never seen or expected before.” 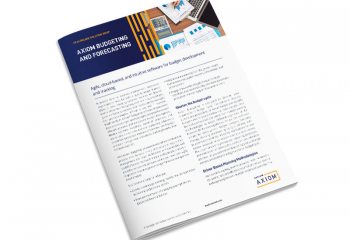 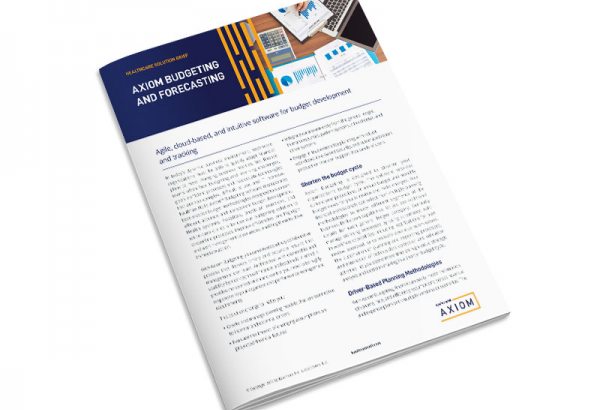 Axiom Budgeting and Forecasting for Healthcare 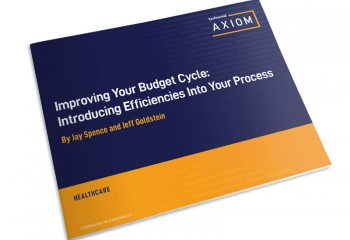 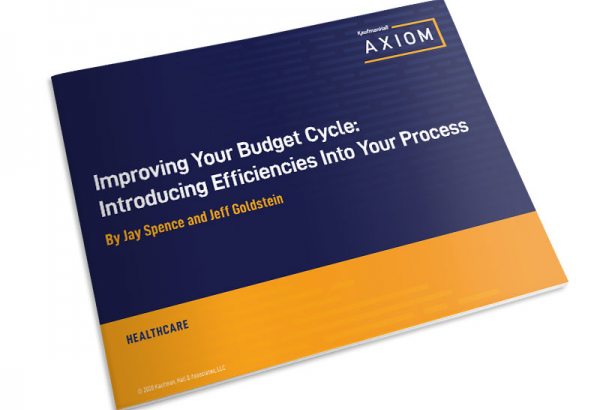 Improving Your Budget Cycle: Introducing Efficiencies Into Your Process 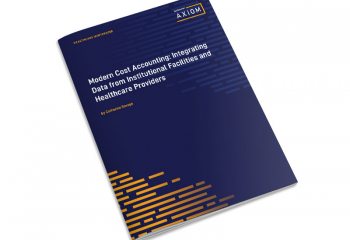 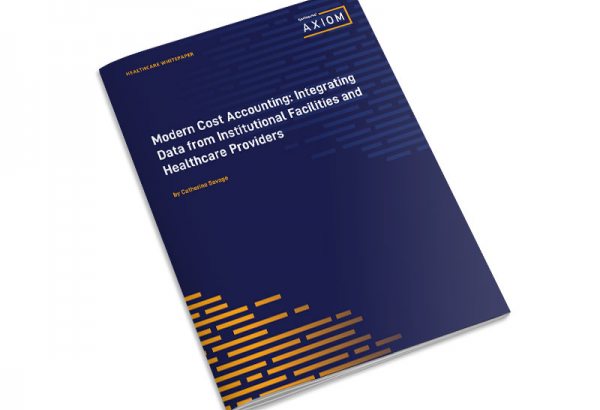 Download this white paper to learn more about the challenges to combining the institutional and professional data and the opportunities that a robust cost accounting and decision support software solution can bring.
White paper