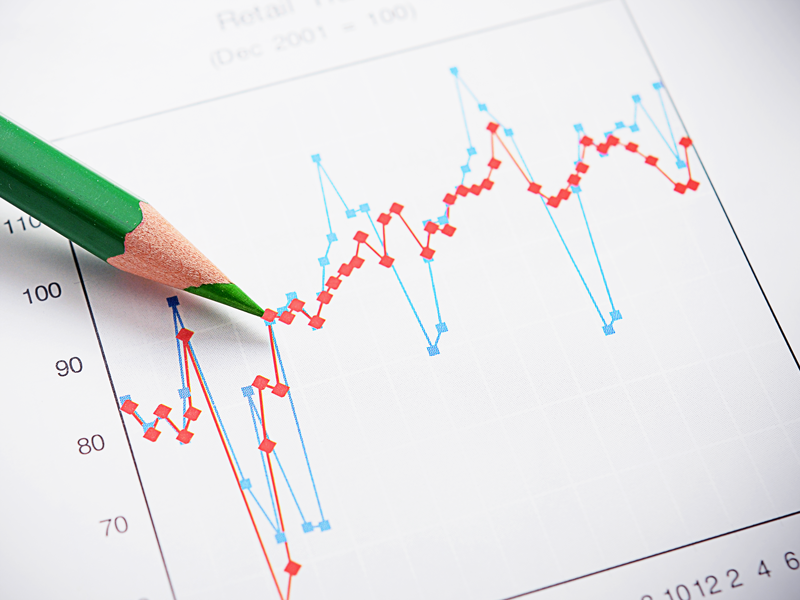 One of the biggest cost drivers in healthcare is inappropriate clinical variation—meaning the overuse and underuse of resources and services that can lead to varying patient outcomes. This isn’t news. Healthcare providers have long known they must deliver the right care in the right locations at the right times for the right costs. But responding to this call to action has been challenging, and progress has been slow. A recent Kaufman Hall survey, 2017 State of Cost Transformation in U.S. Hospitals: An Urgent Call to Accelerate Action, noted that fewer than 40 percent of healthcare providers are addressing clinical variation.

So what role can finance teams play in addressing the challenges of clinical variation? When examining what it takes to effectively minimize clinical variation—executive sponsorship and support, care teams that collaborate, and physician engagement—it’s clear that foundational sets of analytical tools and reports, such as control charts, can serve as the linchpins.

Consistent, accurate, and timely clinical reporting has the power to prompt care teams, including physicians, to adhere to clinical protocols and be mindful of how they stack up against peers and national benchmarks. Physicians, in particular, often respond well to data-driven evidence of cost savings and quality improvements that can be achieved through adherence to evidence-based guidelines. And when executive teams see the true cost and quality impacts of standardized care, they are more likely to push for greater accountability and results.

The Power of Control Charts

When examining tools that tackle the demands of clinical variation, control charts quickly rise to the top of the list of powerful solutions. Originally developed in the late 1920s to help streamline manufacturing processes using statistical process control methods, control charts not only track processes, but also facilitate real-time corrections and the ability to measure the effectiveness of adjustments.

At a basic level, control charts document over time whether process variations are consistent (in control) or are unpredictable, indicating that deviations have been identified. These variations can be categorized as common-cause variations, meaning that they are the result of something inherent in processes, or special-cause variations, which are due to identifiable causes outside of processes. If one or more patterns can be seen on the control charts, special-cause variation is present. By measuring and then understanding why process variation has occurred, providers can then work toward addressing root causes, focusing on variations that impact cost and quality.

Anatomy of a Control Chart

Dots. Every dot is a data point that appears in chronological order.

Center line. The center line is calculated from the data and represents the central tendency of the process, usually calculated as the mean.

Upper and lower control limits. Control limits, noted above and below the center line, estimate the typical range of variation, which is calculated as a standard deviation.

Dots outside of control limits. Any data points outside of the control limits may indicate that all data were not produced by the same process due to a lack of standardization or because a process change may have occurred. These changes may represent quality improvement or deterioration depending on which control limit is crossed. 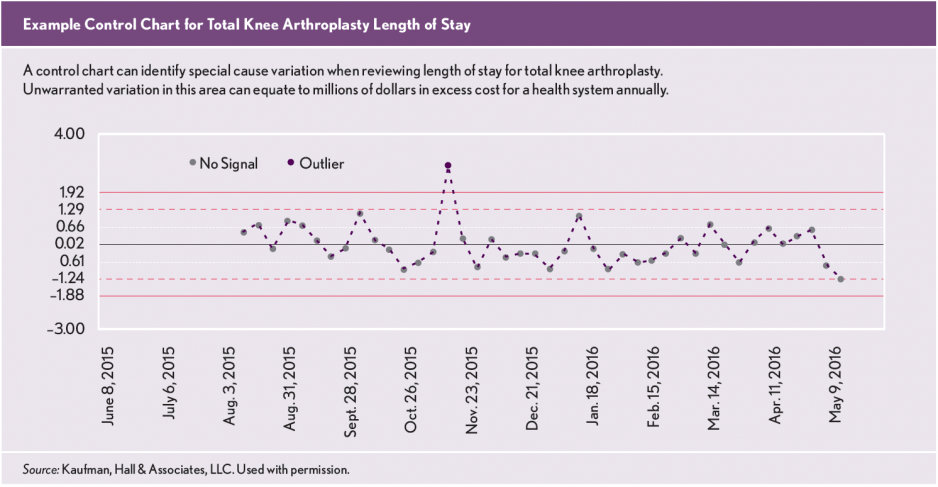 This example control chart illustrates how special cause variation can be identified when reviewing length of stay for total knee arthroplasty, one of the highest-volume and highest-cost clinical condition cohorts. Unwarranted variation in this area can equate to millions of dollars in excess cost for a health system annually.

If one or more patterns can be seen on the control charts, special-cause variation is present. By measuring and then understanding why
process variation has occurred, providers can then work toward addressing root causes.

When implemented and monitored correctly, control charts have powerful capabilities. They can determine if processes are stable and how they will perform in the future. Special causes that produce unstable and unpredictable processes can be identified, and interventions meant to improve processes can be measured for effectiveness. And for provider organizations, control charts support comparison of clinical performance across staff, facilities, shifts, and units.

Whether organizations choose to create control charts using spreadsheets and internal resources or opt for software that eliminates the need to understand the varying formulas for each type of chart, finance teams can play a critical role in advocating for the use of control charts as major cost and quality transformation initiatives.

This article was originally published in the February 2018 issue of Healthcare Cost Containment. Read the article here: https://www.hfma.org/Content.aspx?id=59385