Constant Maturity Swaps:Is It Time to Reconsider Given the Current Flat Yield Curve? 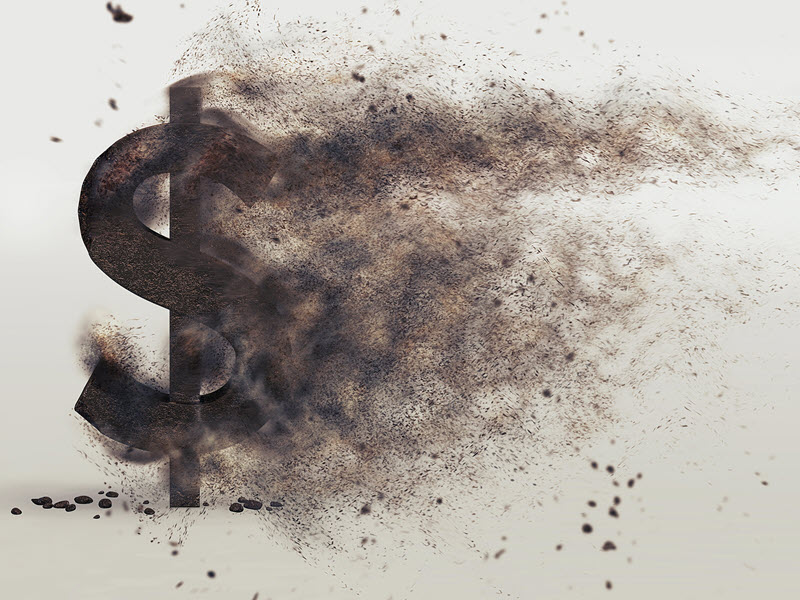 Headlines in the financial press focus on the nation’s flattening yield curve, which historically has been a precursor to a recession. With uncertainty created by global market volatility, many finance executives in healthcare and other sectors are concerned that the nation’s prolonged economic expansion is about to slump. Their questions include:

To address the last question, healthcare system executives are taking a close look at their investment and debt portfolios to minimize or mitigate certain risk exposure. Swaps, which are common tools of debt and treasury management, are of interest in this regard, as they can provide a way to hedge against future rate changes, obtain a cash-flow benefit, and shift risk exposure without issuing new debt. 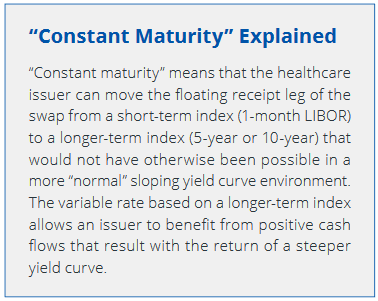 Like many financing products, constant maturity swaps are not for all healthcare organizations. Finance executives must thoroughly understand their risks and rewards, and actively manage the swaps for the right debt balance given other enterprise risks.

For example, Figure 1 illustrates a constant maturity swap (CMS) where the hospital issuer pays 67 percent of 1-month LIBOR in exchange for receiving from the swap provider 67 percent of a 10-year LIBOR CMS minus a fixed spread. Issuers also can elect to receive the CMS leg based on a flat (lower) ratio without the fixed spread component. The percentage of 1-month LIBOR the issuer pays typically reflects the rates of an underlying fixed-pay swap and original bonds the organization is trying to hedge with the original fixed-pay swap.

Impact of the Yield Curve and Federal Reserve Actions

The shape of the yield curve and the Federal Reserve’s efforts to cool down or heat up the economy by changing the Federal Funds rate2 both impact the economics of constant maturity swaps.

In the simplest terms, a yield curve is a line that plots the interest rates of securities that have equal credit quality but differing maturity dates. The X-axis is maturity date; the Y-axis is yield. As mentioned in a recent article, curve shape is important because it influences matters ranging from an organization’s capital structure composition to its transaction opportunities.3

A flattening yield curve occurs when rates for short-term bonds move closer to the rates for longer-term bonds, such as 10-year or 30-year bonds. The flattening occurs due to declining yields on longer-maturity bonds and/or rising yields on shorter-term bonds. The shape of this curve typically reflects an economy that is transitioning from expansion to slower growth and even recession.4 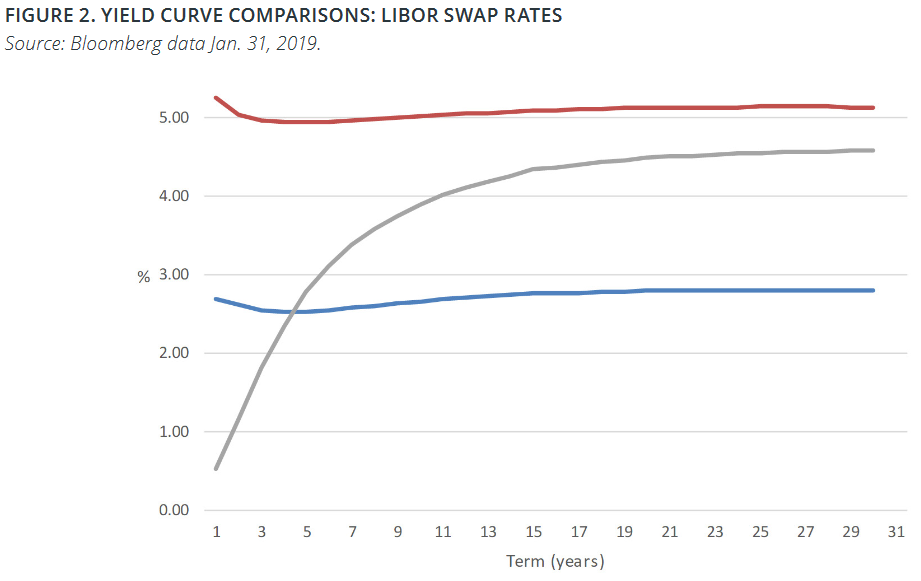 With its dual mandate of maximum employment and stable prices, the Federal Reserve System has the biggest impact on borrowers by affecting overall market liquidity as well as key benchmark interest rates.

The Fed has two tools to use in fulfilling its mandate.

Its primary tool is increasing or decreasing the Federal Funds rate, thereby affecting the supply of money in circulation. Lowering the Fed Funds rate generally increases the supply of money and encourages banks to take these new dollars and inject them into the economy in the form of new loans to consumers and companies. This “easy” or “accommodative” monetary policy creates liquidity and reduces the cost of credit in a manner that typically stimulates economic activity and drives growth. Fed Funds rate reductions also typically create an upward-sloping yield curve.

Quantitative easing (QE) or quantitative tightening (QT) is the Federal Reserve’s second tool. It works on the longer-end of the yield curve and involves the Fed’s purchase (QE) or sale (QT) of longer-dated bonds, either injecting or reducing liquidity in the market respectively.

After the Lehman Brother’s bankruptcy filing in September 2008, the Federal Reserve intervened in the markets in a massive way. It aggressively  purchased enormous quantities of bonds and lowered the Federal Funds rate, moving it from 5.25 percent in October 2007 to a historically low 0-0.25 percent by the end of 2008 (Figure 3). The economy responded to this support on the short end by starting a long growth/expansion period. The Federal Reserve kept the rate near zero until late 2016.

Meanwhile, continued long-term bond purchase by the Fed for more than a decade pushed longer-term borrowing rates, such as those for 30-year fixed-rate mortgages, down to their lowest levels in generations.5

Starting in 2016, to bring interest rates from an extremely accommodative stance to a neutral position, the Fed started raising the Fed Funds rate in small steps, and reducing (selling) its bond stockpile. By January 2019, the Fed Funds rate was 2.5 percent (upper bound target); the supply of bonds was shrinking at a rapid clip of $50 billion per month.  Then, at the end of January 2019, the Fed signaled that the case for raising rates had weakened somewhat due to economic volatility and diminished growth prospects, so it potentially could slow bond sales and leave the Fed Fund rate steady at 2.5 percent for the time being.7

The result is that the front end of the yield curve is going up faster than the back end of the curve, thereby flattening the curve. The interest rate for one-month LIBOR (2.50 percent) is close to the 5-year and 10-year rate for constant maturity swaps (2.67 percent and 2.78 percent respectively). 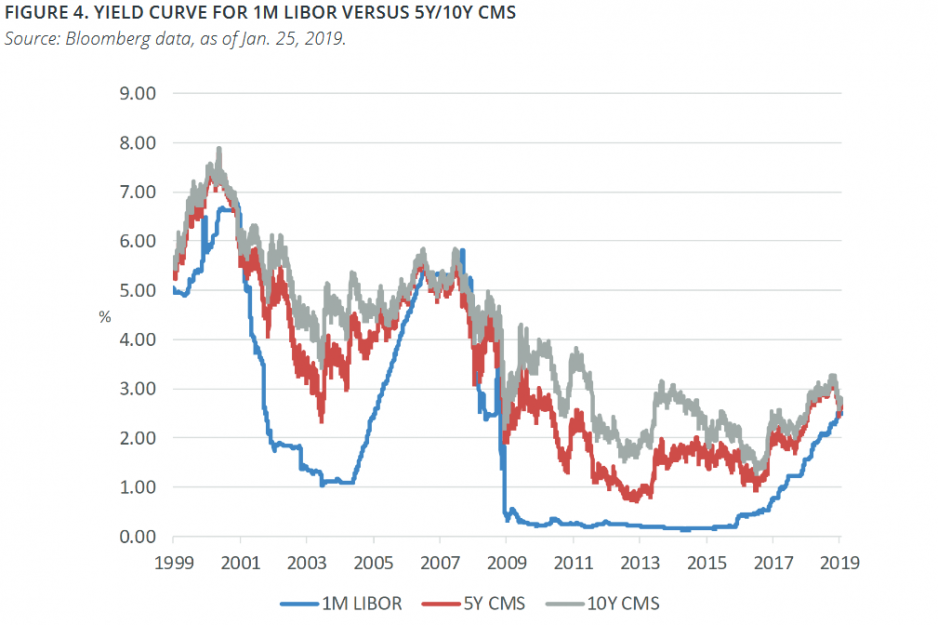